1.The name of the school is The District Church of England Primary School.

2. The school is a Voluntary Controlled School.

4. The Governing Body shall consist of:

5. Total number of Governors : 11 (The Head Teacher to give written notice that s/he chooses not to be a Governor).

6. Foundation Governors to be appointed by the Parochial Church Council of the Parish in which the school is situated.

7. The holder(s) of the following office shall be a Foundation Governor ex-officio:

(a) The Principal Officiating Minister for the Parish of St. John, Earlestown.

9. The Archdeacon of the Archdeaconry within which the school is situated can request the removal of any ex-officio Foundation Governor at 8(a) above and to appoint a substitute Governor.

10 The term of office for all governors is 4 years.

11. This Instrument of Government comes into effect on 1st September, 2015.

12. This Instrument was made by order of the St. Helens Council Local Education Authority on 25th August, 2015 to comply with Part 5 (Regulations 26-31) of the School Governance (Constitution) (England) Regulations 2012.

What Do Governors Do?

Governors oversee the development of the school but don’t manage it day-to-day. Governors are responsible for providing strategic management, being a ‘critical friend’ and making executive decisions. The governing body makes sure the school provides a good quality education, and sets the school aims and policies together with the Head teacher. There are different categories of governor on a governing body, some elected and some appointed. This mix ensures a diversity of views and experience, but doesn’t mean that governors of a particular category “represent” that group. For example, parent governors don’t act as representatives of the parents of the school and don’t report back to them – rather, they bring a broad parental perspective to discussion and debate. Governors are responsible for promoting high standards of educational achievement and enabling the head teacher and the staff to deliver these, as well as planning the school’s long-term future, overseeing its aims, values and ethos, and monitoring its performance.  This involves:

Meetings of the full governing body are held at least once a term, normally in an evening, with governors normally giving up around 6-8 hours per month. Governors can also sit on some of the committees that look at things like finance, curriculum, staffing and premises. Occasionally, being a governor can be hard work. There may sometimes be a lot of papers to read, meetings to attend and, sometimes, difficult decisions to be made.

It is a requirement to hold a termly full governing body meeting and committee meetings.  These may increase dependent upon needs of the school

I was Headteacher of Emmaus School, the first purpose built, joint denominational church school in the country. Prior to this I was Headteacher of a Primary school in Halewood.  In December 2007 I resigned in order to work as an Educational Consultant. I am also engaged independently by schools and Local Authorities to advise on raising standards, performance management, staffing structures, skills audits and create staffing needs which match financial circumstances.
Other aspects of my work include acting as an adviser/consultant for the Diocese of Liverpool.

I am a governor at two other schools and Member of the Board of the Rainbow Education Multi Academy Trust.

I am proud of the work taking place at The District and believe we provide an atmosphere which rejoices in success and acknowledges real effort on the part of each individual. In our school, all children are of equal value and we strive to provide for each according to need offering positive encouragement and support.

I have been a governor with The District since 2012.

I am proud to be the Headteacher of The District CE, a school with a strong Christian ethos and a wonderful history. I have previously worked in Wigan, Bradford, Batley and other St Helens schools.

Prior to taking up the post of Headteacher at The District, I was Head of School at Platt Bridge Community School in Wigan for two years and Deputy Headteacher for nine years.

I have worked in eight previous schools and also as a Local Authority consultant. I have supported many schools in diverse contexts, and most of my career has been spent working in areas of socio-economic deprivation.

I have two children and as a parent and an educationalist I am committed to ensuring that all children have the opportunity to succeed. I aim to ensure that all our pupils experience excellent educational provision, led and taught by highly skilled and nurturing adults. I am keen for parents to engage in school life and to support their child’s learning journey, throughout their time at The District. 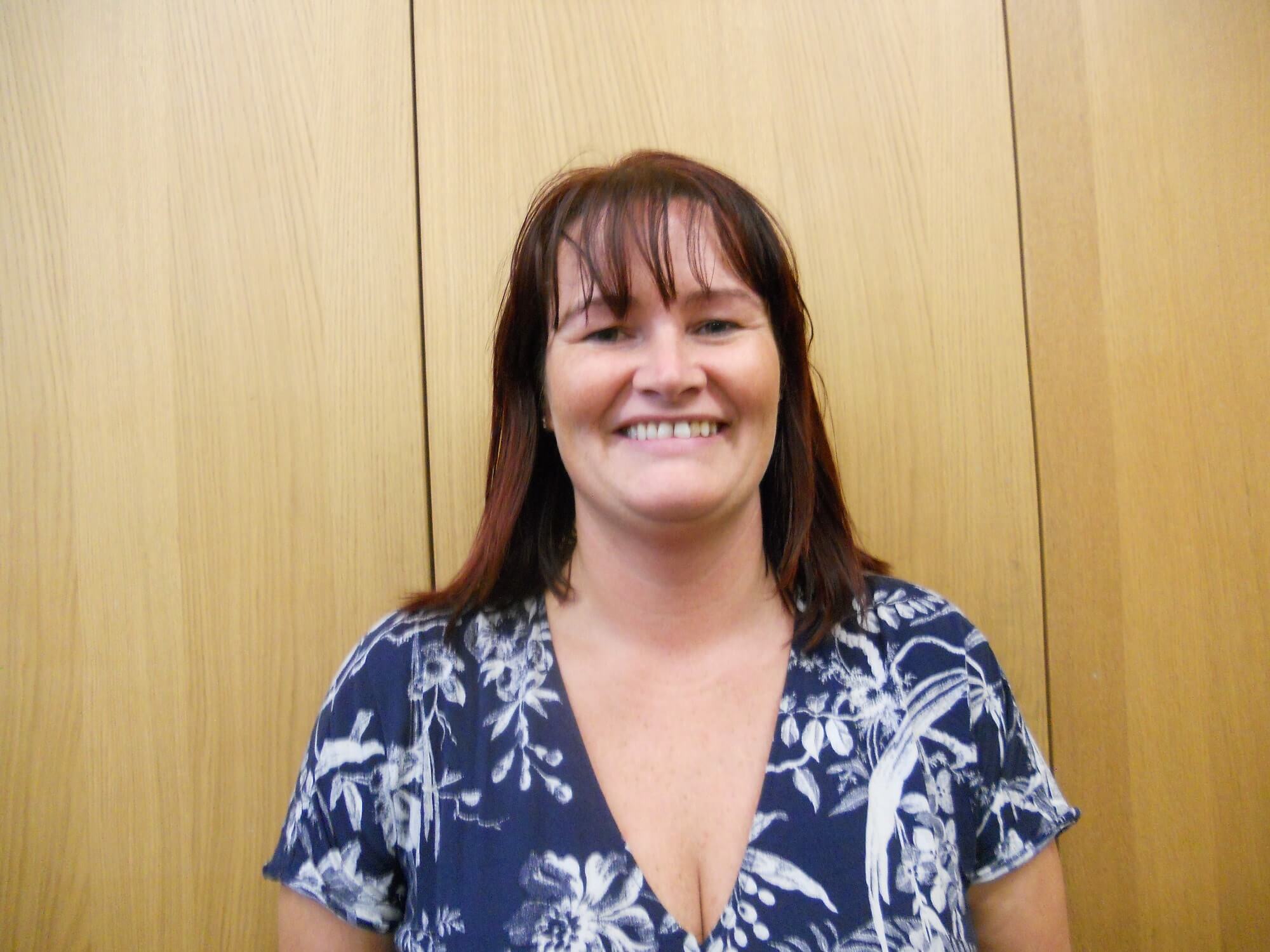 My name is Lisa Cunliffe and I am a Foundation Governor for The District Primary School. I have been involved with governance at the school since January 2012 in a variety of roles. I have worked as a teacher within Newton le Willows for over 15 years and have a passion for education. I have one daughter who attended The District Primary before moving onto Hope Academy and one who is still at the school. I am committed to helping the school in its drive for improvement and look forward to working alongside the team in its future initiatives. 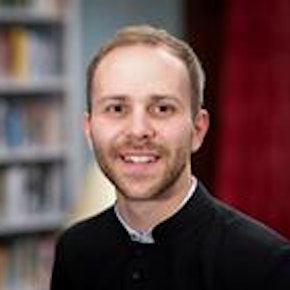 I am the curate for all four of the Newton parishes, and Acting Team Vicar at St John’s. My family moved to Newton in 2018, when I was ordained and we’re really enjoying getting to know the place and it’s people.  Before being ordained, I was a youth worker for twelve churches in South Liverpool, and I spent three years serving in the Liverpool Universities as a chaplain.
This is the first time I’ve held a governor role, but I’ve really enjoyed getting to know some of the staff and students this past year in assemblies and special services.  I look forward to serving the school as a Foundation Governor, and helping it achieve excellence in all it does.  I’m also keen to ensure the relationship between the St John’s Church family, and the District School family continues to thrive and develop.

I have worked at the District CE Primary School since 2014 in my role as Head of Safeguarding and Extended Services.  I have worked within the Local Authority for many years, and have enjoyed  the day to day challenges of working with children and  families.

In my role here at the school I have attended Governing Body and sub-committee meetings to deliver reports related to Safeguarding and Extended Services.  My work at the school enables me to develop good working relationships with our children, their parents, staff and many partner agencies.  I have developed a good knowledge of the local community and understand the dynamics of the local area.  I enjoy and thrive on the challenge that comes with every aspect of school life and about high quality education and each and every child reaching their full potential.  Nothing but the best is good enough. 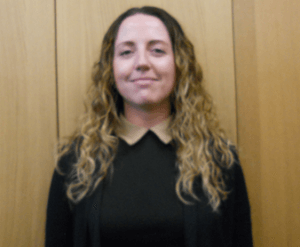 I have worked for the Local Authority for over 20 years, predominately within Human Resources, working along side schools in the St Helens Borough. I was also a past pupil of The District CE Primary School . As a new governor I hope to support the school and the Headteacher in moving forward, by giving our children the best Education and achievement they deserve.

Mrs T Thomas – Vice Chair
I have 2 children who attend The District.  I have worked as a primary teacher for the last 15 years and am currently working as a Dance specialist in schools throughout the North West. I have been a parent governor for over 4 years. I am keen to support the school and its staff in developing all aspects of school life and moving the school forward to give our children the best start to their education. 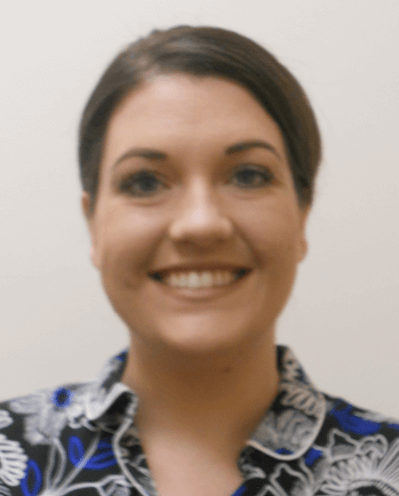 I have worked at the District CE Primary School since January 2019 in my role as Deputy Headteacher.  I have previously worked in two other primary schools one in St Helens and the other was situated in Wigan.

I am passionate about improving outcomes for our pupils, celebrating their differences and raising aspirations. I am committed to providing an environment that will support, encourage and motivate our pupils.

I value working in partnership with our families and the wider community to help support our pupils to achieve their potential and enable them to flourish.

My interest in becoming a co-opted governor stems from my personal positive experience of attending a primary and secondary school in an underprivileged area of Warrington and remembering fondly the positive educational experiences which were afforded to me and other students which enabled us to reach our full potential, and have helped shape us into the adults we are today.

I am presently the director with overall responsibility for the UK and Ireland’s leading independent lounge operator, Aspire, as well as a board director for one of the joint venture entities under my remit.  My background is in chartered accountancy, with my having completed an ACA qualification as part of a finance graduate scheme after university.

My hope is to use my skills and knowledge to make a positive contribution to the education and social wellbeing of the children within The District C of E School so that all children have the opportunity to succeed in a safe and supportive environment.

Mrs K Cliffe
I have worked at The District C E Primary School since July 1996 first as Office Manager then on completion of a BA (Hons) SBM as a School Business Manager.  I have been involved at governing body meetings since 2002 becoming an Associate Governor in September 2014.  I am Chair of the St Helens Primary Admin Network and a member of the school leadership team.

Mr Patrick Ferguson
Patrick is a highly skilled educationalist with over 14 years’ experience as a school leader. In 2010 he became a National Leader in Education, and has since helped many schools throughout the north-west region to overcome difficulties. As well as being Principal of De La Salle, he has served as Executive Headteacher of a Liverpool primary school and Executive Principal of De La Salle for more than a year after he left. He was shortlisted for the TES awards in the secondary school of the year, Headteacher of the year and leadership team of the year categories.

In January 2015 he joined Hope Academy as Principal, and he is employing the same focused drive for improving standards that he has used at previous schools; building upon strengths, addressing areas of weakness, and maintaining excellent levels of communication both within the school and in the wider community.

Take a look at our latest news posts below

Wow - a massive thank you to everyone who donated to our Reverse Advent Calendar.   We will be taking our donations to the local food bank next week.   #DistrictProud #DistrictFamily #Education #PrimarySchool #StHelens #NewtonleWillows...